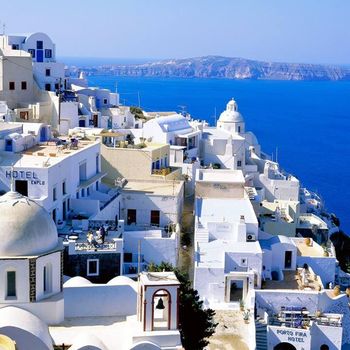 Greece offers sun, culture, ancient sights and spectacular landscapes, as well as delicious food and hospitality in the local taverns. GaySail Special and GayNudeSail Special are 8-day and 15-day sailing cruises in August and September, passing by the best bays, islands and harbors and past all the famous sights worth seeing in Greece. Discover the special destinations that can almost only be reached by a sailing yacht. We organize cruises in two different sailing areas. All itineraries we sail several times a year with two identical 56 feet/16 meter sailing yachts. Each yacht has room for 11 guys.

You can book a cruising vacation in Greece for 1 week or 2 weeks or more (as our most satisfied sailors do). There are several possible combinations. It is not unusual for a cruise to begin with a group of 15-day guests and 8-day guests. At the end of Week 1, some guests hop off the yacht and other guests come aboard for Week 2. This makes for the opportunity to meet even more fellow adventurers.

See our Greek Trailer to get a good impression of this cruise. 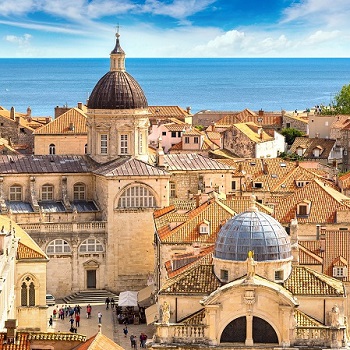 The Dalmatian coast of Croatia has over 1000 islands and is very beautiful, perfect for GaySail Exclusive Catamaran Cruises & GayNudeSail Exclusive Catamaran Cruises in June, July & August. You can join us one, two or three weeks; each week offers a different itinerary. Those joining for only one week will hop on or off in Dubrovnik or Trogir (next to Split). The Dalmatian coast of Croatia has many varied islands, natural bays and rivers. You can also make a great combination with a one week GaySail Exclusive or GayNudeSail Exclusive week in Montenegro. We arrange transportation between the two ports (Dubrovnik and Kotor), only 50 min drive.

See our GaySail Trailer Croatia & Montenegro to get a good impression of this cruise. 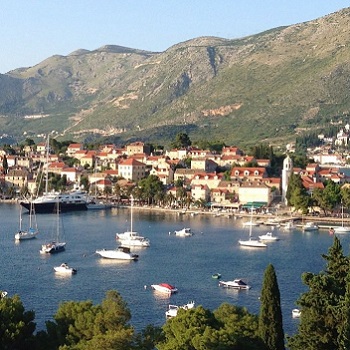 Another new destination which is very popular by our skippers: Under the Dalmatian coast of Croatia, the overwhelming environment passes into the beautiful country Montenegro. Just south of Dubrovnik in Croatia, Montenegro's UNESCO status attracts sailing enthusiasts around the world. Discover white sandy beaches, small, uninhabited islands, inlets accessible only by boat and charming harbors. We visit the hot spots of this country such as the mighty bay of Kotor where you imagine yourself in the middle of the mountains of Austria or Switzerland, beautiful ancient walled towns, where time seems to have stood still. Also this country with its beautiful surroundings and whose liberal culture is similar to Croatia is ideal for Gay (Nude) Sailing Cruises. 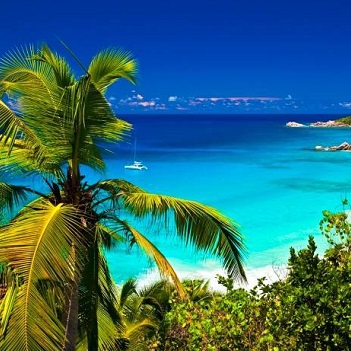 We sail from Saint Martin to Saint Barth’s and Anguilla. These waters are an ideal location for a luxury Gay (Nude) Cruising Holiday! Whether the island is British, Dutch, French, or independent, each island has unique characteristics ranging from the upscale and trendy to the laid-back and isolated. Incredible white-sand beaches and coral reefs teeming with sea life made to order for an unforgettable St. Martin Gay (Nude) Cruise! We will sail with two luxury catamarans, in total 20 gay guys, with different labels:

Something for everyone! See our Caribbean Trailer to get a good impression of this cruise. 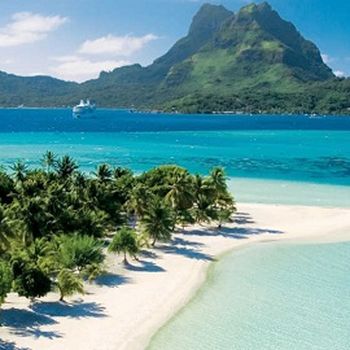 Welcome to Tahiti, which sits within a cruising ground of five groups of islands bursting with exciting marine life, emerald volcanic peaks and vivid exotic flowers. Tahiti is in the Society Islands, made up of the Windward and the Leeward Islands. This area boasts some of the most famous, spectacular landscapes in the world, including the idyllic Bora Bora for romantics, as well as Raiatea, Tupai, Maupiti and Moorea. We offer a great one week luxury GaySail Exclusive Catamaran cruise and a one week GayNudeSail Exclusive cruise.

See our Tahiti trailer, which gives a good impression of this cruise. 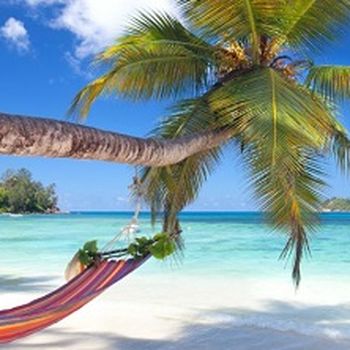 The Seychelles: huge granite rocks polished over eons by the relentless waves of the Indian Ocean, giant palm trees with their famous “coco de mer,” and turquoise inlets fringed with lush green takamakas shading the fine white sand beaches. There’s hardly a place more deserving of the label, “paradise.” GaySail Exclusive organizes a special one week Gay Sailing cruise along these beautiful Islands on a luxury spacious air conditioned catamaran! See our GaySail Trailer to get a good impression of this cruise. 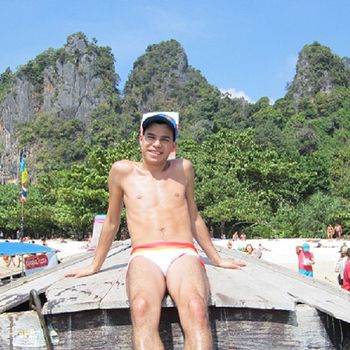 See our Thailand Trailer to get a good impression of this cruise. 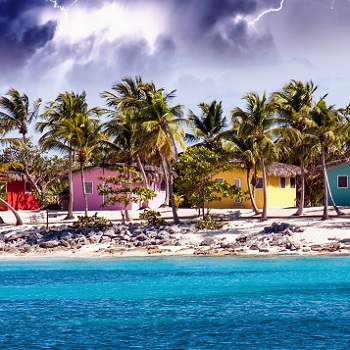 Guadeloupe is part of the Leeward Islands and stands out because of its butterfly shape. The eastern wing, Grand-Terre, features Pointe-à-Pitre, the island’s biggest city and center of tourism. The western wing, called Basse-Terre, is less developed and dominated by an impressive national park. A narrow channel called the Salt River separates the two halves of the island.

Nearby are Marie Galante, which offers fantastic snorkeling, and the Gosier islet and its large coral reef – we make sure you will visit both on your GaySail Guadeloupe sailing cruise. For anchorages, we will head to Les Saintes and take a stroll around Fort Napoleon on Terre-de-Haut. We won’t leave before visiting Jacques Cousteau’s Underwater Reserve in the waters close to Pigeon Island for an abundance of colorful coral forests and marine life. This underwater world is considered one of the best dive and snorkling sites you can experience. 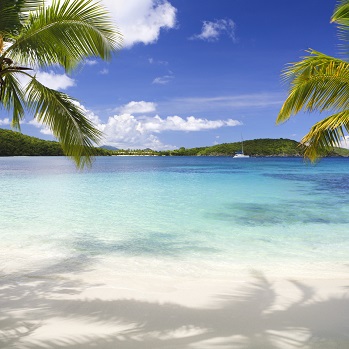 Location may not be everything but in the British Virgin Islands it’s what makes cruising so pleasurable. With its stretch of islands in the northeastern part of the Caribbean you can expect beautiful blue waters flowing into shaded caves and onto soft-sand beaches. Coral reefs surround the coast in an array of colors and are home to just as colorful marine life.

Further inland bars, shops and restaurants spill through the winding streets and timeless villages are filled with the famous laid-back island ambiance. And whether you like to take the helm of our yacht or relaxing on the sundeck, you will find there is nothing quite like island hopping from the deck of our great luxury catamarans! 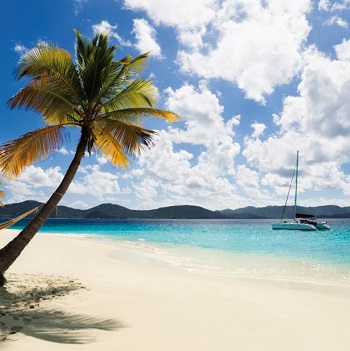 A great one or two week luxury GaySail Exclusive Catamaran cruise. We sail along the beautiful Bahama Islands on luxury catamarans. At the moment we only offer private cruises in the Bahamas. You can also make a great combination with the nearby Miami or Fort Lauderdale. See our Caribbean Trailer to get a good impression of this cruise.

Resting in the Atlantic Ocean to the southeast of Florida the Bahamas have become a sought after destination for gay travelers seeking an intimate paradise. The chain of more than 700 islands, both sprawling and shallow, rise from the sea and greet visitors with cays surrounded by barrier reefs and delightful island culture. 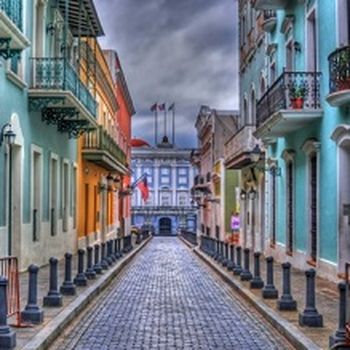 Puerto Rico, Spanish for “Rich Port” is a tropical island in the Caribbean. Amazing experiences await everyone on this beautiful island. The capital San Juan is very gay friendly and is the perfect place to stay if you enjoy a rich cultured city and a hot nightlife. San Juan is the most populated area within Puerto Rico and has plenty of gay friendly hotels and gay bars to make every gay traveler feel comfortable.

Condado Beach is the perfect spot to soak up the Caribbean sun and mingle with the local LGBT community and gay tourists.At the moment we only offer private group cruises in Puerto Rico. See our Caribbean Trailer to get a good impression of this cruise.